Most people know just how outrageously expensive the official cup holders are for the 124 Spider. They're up to £300 / pair! Luckily, someone has done something about this...

Fiat / Abart 124 Spider UK Owners club member Andy Wade decided to 3D print his own and make them available for a much more reasonable £60 / pair. Here's a review & comparison with one of the official cupholders. 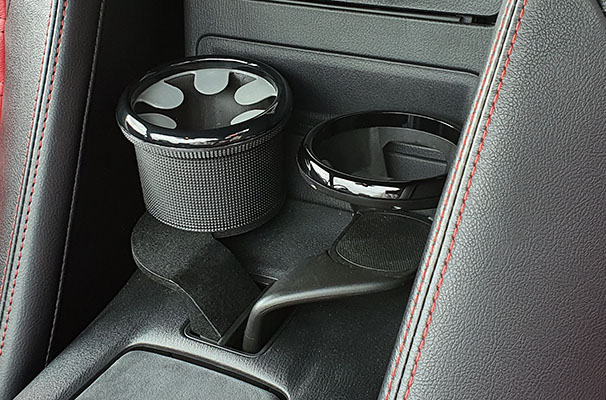 Andy's cupholders look a bit different from the official ones, not surprisingly, considering they're made from plastic rather than metal; but they fit in the central cup holder sockets in exactly the same way as you'd expect.  They are slightly taller than the original cupholders, but not so all as to interfere with access to the cubby box. They also have a closed in cup area (meaning spills aren't going to end up in the footwell or behind the seats) and they have six flexible plastic tongues which work very well at holding cups, cans, bottles etc. in the holders. They certainly don't look out of place, even when put next to one of the official cup holders, as can be seen. 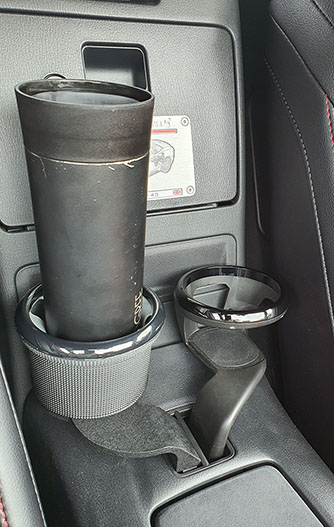 One of the biggest issues with the original cup holders (excluding the cost) is that smaller diameter bottles or cans are very likely to fall over (and even fall out) of the official cup holders, meaning drinks spill quite easily into the cabin.

No such issue exists with Andy's version - everything I put in the cup holder stayed exactly where I expected it to, even when driving somewhat enthusiastically - something that would normally cause me issues with the original cup holdes. 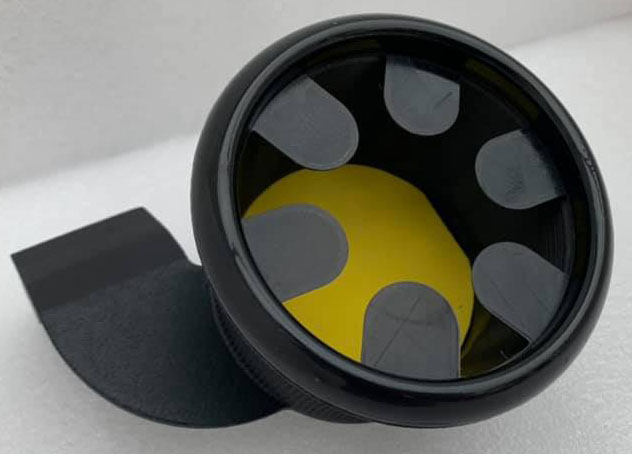 There's not really much more to say - Andy's cup holders are great! Sure, they don't look quite as they should, but in the car they still look excellent and you could easily imagine they were originals if not told otherwise. They are available to order directly from Andy at £32 each or £60 for a pair. Andy can also do the vanity rings in many colours, such as yellow, red, blue, white, black (as shown) and a number of others. Unfortunately Andy can't at the moment produce the "chrome" colour used on the car's air-vents, but to my mind, the black looks pretty special in itsefl. 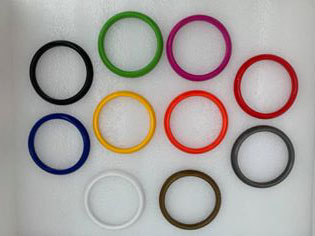 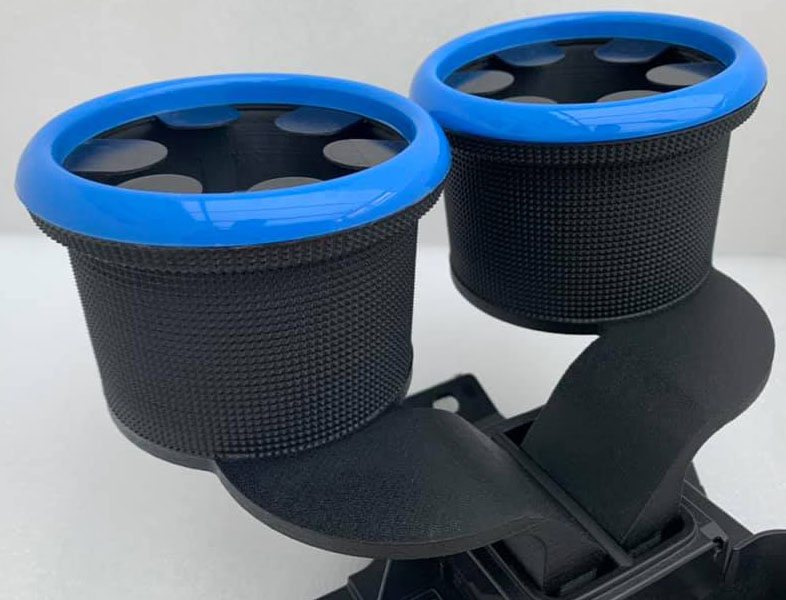