0
Not content with creating cheap alternatives to the genuine cup holders, Andy Wade has now released a cup holder designed for the passenger console mount. 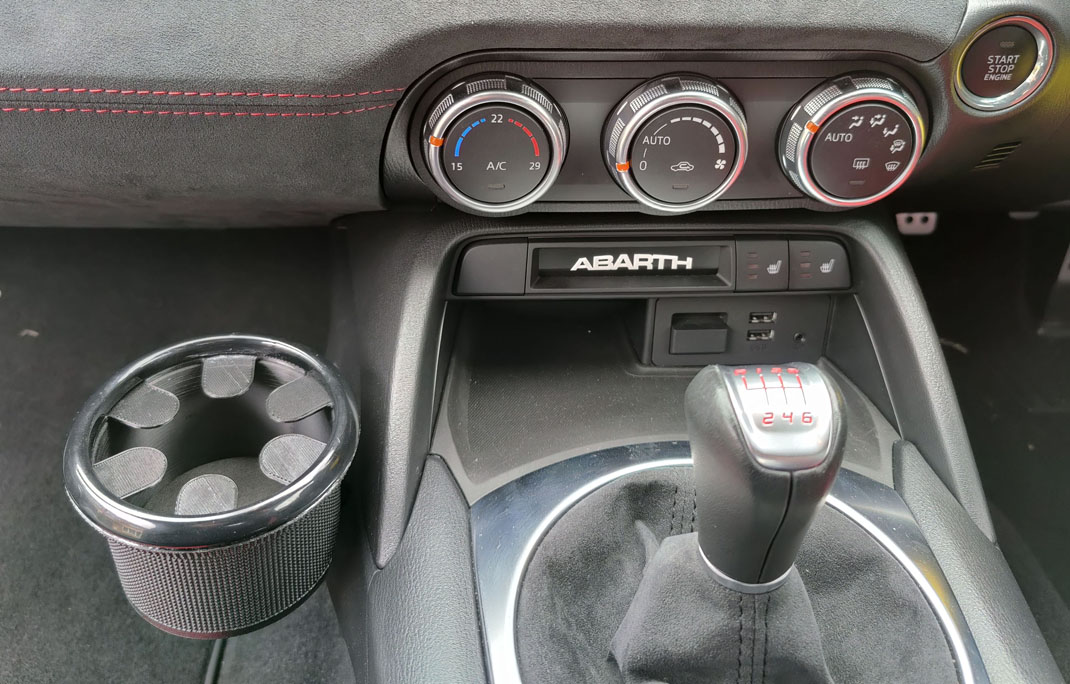 The front cup holder socket, which lives on the passenger side of the centre console has often been thought of as somewhat pointless, especially as it is not possible to buy the official cupholders singly.

That's where Andy has once more come to the rescue with a cup holder especially designed to fit into the passenger side socket. As with his origina cup holders, this one is 3D printed plastic and is just as substantially made as the original metal ones; and due to Andy's petal flap arrangement, holds cups and bottles far more securely than the original holders.
Andy's cup holder features an unique rubber tang which secures it into the socket, giving a far more secure mounting method than the official cup holders. There's almost no wobble to the cup holder when it is secured, again unlike the official holders, which rock quite a lot when in the front socket.
I have been running with one of these cup holders installed for about a week now, and it has been thoroughly sucessful - my fear that it would get in the way of a passengers' legs has been unfounded, and all drinks placed in the holder have stayed exactly where they are meant to, even during some fairly spirited driving.
I don't yet have pricing or availability details from Andy, but as ever, he is able to be contacted via his Facebook profile for those interested in buying this latest addition for your 124 Spider.