To fit a wide-angle camera to an existing reversing camera kit, you need to replace the existing camera with the wide-angle version, and optionally add a suplemental loom to your existing Reversing Camera retrofit kit.

Items supplied in this kit are:

If the optional Suplemental loom is not included in your kit, it is not needed and instructions relating to it can safely be ignored

Work in the Boot

To fit the wide ange camera, you need to replace the existing camera fitted as part of the Reversing Camera retrofit kit with the new wide-angle camera supplied in this kit.

a. Remove the ELEVEN rivets holding the trim to the boot lid and then place the trim aside

b. Unplug the red (or black) and yellow plugs linking the existing camera to the boot lid loom. If you have cable tied these cables, remove or undo those ties. 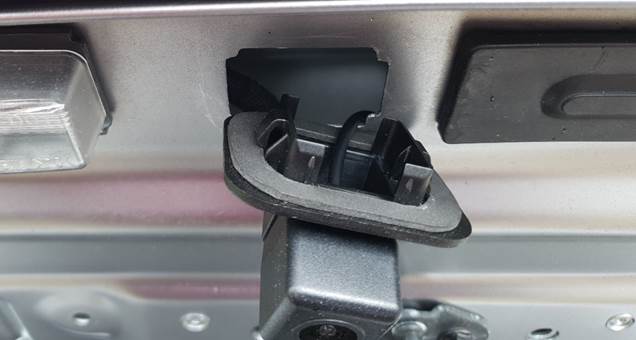 d. Undo the two screws holding the old camera to it's mount and gently remove the loom from the existing mount.

Fitting the wide angle camera to the car is now the reverse of the steps taken to remove it. Feed the wide-angle camera's loom back through the boot hole

g. If your kit contains the optional Supplemental loom, it needs to be connected between the Body to Boot loom and the Extension Loom previously installed with your original Reversing Camera kit, as circled below. The supplemental loom can only be fitted one way around and the 4-pin connectors make it obvious which way to install it. 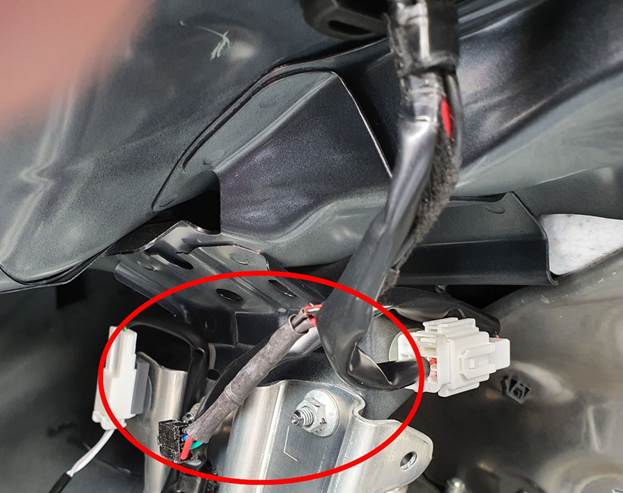 h. The installation is now complete. Test that the new camera works as expected, and then replace boot lid liner and secure with ELEVEN plastic rivets.