There's been a lot already written about CMU (entertainment system) firmware updates for the Fiat / Abarth 124, especially by Ameridan on his excellent 21stCenturyFiat124 website.

However, it's still quite a confusing subject, so I thought I'd try to simplify it somewhat, especially for people in the UK and Europe.

Mazda though, are continuing to support their version of the car and are now up to firmware version 70.00.352B (for Europe). And even though we have the Fiat / Abart version of the same car, we CAN update to these later Mazda firmwares, with a few caveats.

Firstly, you need to install a modification to your CMU in order to be able to run custom scripts on it - this is especially important if updating to one of the v70 firmwares (which are the ones you'll want as the 59.00 update gives no advantages over the 56.00 version). The first thing you need is the "ID7" hack, which is what enables future modifications on the newer versions. The ID7 script can be downloaded from here.

Finally, we need to "re-Fiat-ise" the software to stop it displaying Mazda logos everywhere. To do this we need to install a custom script (hence why we needed to ensure we still have the ability to do this earlier). The script is called MazdaToFiatV70AIO and is available here.

... I'll be adding to this post in the near future with more details and deeper instructions... 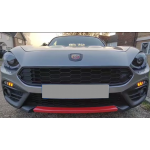 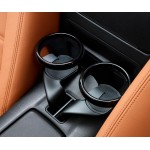